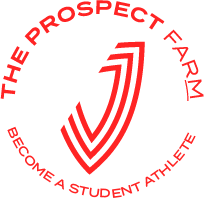 The Prospect Farm is a leading and one of the most personalized college scouting and recruiting networks out there. We have worked closely with families and developed relationships that go far beyond the recruiting process. We have mentored hundreds of athletes throughout the process and we have helped them find the programs that are just right for them and put them in the best position to earn an athletic scholarship. The ingredients to our success are very simple:

Starting from the top with our scouting director Chema Sanchez and the rest of our scouts offer years of experience in the recruiting process. The Prospect Farm is not ran by simply business men who are trying to sell a service, we are a team built with passionate former successful and highly awarded collegiate players and current professional athletes who personally experienced every phase of the recruiting process.

All day, every day, thousands of coaches visit our website and network looking for their next top recruit. Every time this happens, our players get the opportunity to be seen by all these coaches. With The Prospect Farm, coaches have direct access and communication with our scouting director Chema Sanchez and our area scouts. Coaches know that they can call The Prospect Farm and they will not talk to an operator or a recording who can’t help them. They know they are dealing directly with the person who evaluates the athletes. The Prospect Farm is well known for taking a “hands on” approach with coaches, players and their families allowing us to earn their trust and confidence. This is exactly why coaches prefer our prospects. In addition to the relationships we have with families, players and coaches, The Prospect Farm is associated with athletic and training facilities, clubs and leagues from all over the United States and various other countries to provide the best available student athlete in their areas making us an even more attractive source of prospects for coaches.

The Prospect Farm doesn’t do what most recruiting services do (send out mass emails). Some of our scouts have had college coaching experience and we KNOW that coaches do not appreciate when people send them players who won’t be able to play at their level, aren’t interested in their location, aren’t academically ready, among others reasons. We use a recruit-match system that allows us to know and build a custom profile with full stats, highlight videos, skill videos, scouting reports and other information that will be important for coaches to determine whether that particular athlete is the perfect fit for their program. We get very specific requests from coaches on the kind of players they are looking for. Those requests get matched with our player’s reports, allowing coaches to know who best fit their needs. Thus, allowing athletes to know of schools who had a direct need for a player with their abilities, giving them an opportunity to get a roster spot or a scholarship they’d otherwise never be aware of.

Why Does The Prospect Farm Do This?

We do this because we understand how hard, complicated, overwhelming and frustrating the recruiting process can be. It takes more than just athletic and academic skills to go through this process; it takes a lot of focus, dedication on and off the field/court, attention to detail and a lot of experience in this recruiting world to maximize your chances of getting a scholarship. Playing at the collegiate level is an experience that we don’t want any high school athlete to miss. The Prospect Farm believes that everyone deserves a shot at “making it”.

Getting a Degree and Learning Responsability

We believe everyone has the right to earn a degree in college. It is obvious to everyone that the cost of college education in the USA is not getting any cheaper, therefore being able to earn an academic or athletic scholarship will give you a higher chance to afford an education. Student athletes aren’t your regular college students, they need to maintain a certain grade to stay eligible, they need to perform on the field/court to maintain a scholarship and they need to make both happen while they practice at least 5 hours a day. Student athletes learn very quickly the definition of RESPONSIBILITY; they learn to manage their time, to multitask, to prioritize and to focus on the task at hand. That is why former student athletes are so heavily sought out by employers after they graduate.

Been There, Done That

At The Prospect Farm, we do not use the phrase “most” of our scouts, we say ALL of our scouts have been there and have done that at the highest level. All of our scouts have not only felt the pressure of being recruited by a program, but being highly recruiting by dozens of them at the same time and getting offers by several. Not only have they been successful at doing that, ALL of them have taken it to the next level and went on to play professionally at some point in their lives. The Prospect Farm not only is full expertise in the athletic recruiting process, but we continue to learn and improve as we go through the process with every single one of our prospects. The Prospect Farm founder and scouting director Chema Sanchez started The Prospect Farm because of his own personal experience. Coming from Venezuela to play baseball he wished he would’ve had more exposure with programs. Nonetheless, he landed at a Junior College called Alfred State in upstate NY. Chema was a Region III Player of The Year and a 1st Team All American. Despite getting plenty of major Division I attention, Jose Sanchez still wished he would have had the correct exposure to get him to compete at the highest possible level. Chema realized that there are two types of players; the “good one”, who can play at a good level and earn a scholarship but gets overlooked by the better players, size of school, or lack of recruiting in the area. The other type of player is the one who is “outstanding”, the one who wins all the awards and accolades and gets heavily recruited in the state. He still needs that extra push to get him to the next level in a highly competitive state where his talents will excel and give him a better chance to succeed at the top level. Chema Sanchez went through all of the above, from Venezuela trying to get out to the point where he felt he could share his insight with his prospects. Nowadays, it’s used as a training tool for all of our scouts to be prepared for every possible situation during the recruiting process. With The Prospect Farm it does not matter how successful your team is, how small the town you live in is, how many schools are in your area, or your coach’s lack of connections. None of that matter, with The Prospect Farm YOU will be seen, you will get noticed, and YOU WILL GET A CHANCE.